Following a West End run last year, Scamp Theatre’s The Scarecrows’ Wedding is heading out on a UK tour from April. The play is an adaptation of the best-selling picturebook by Julia Donaldson and Axel Scheffler, from a theatre company who specialise in bringing well-loved children’s books to the stage. We talk to Director Eva Sampson about the play’s enduring popularity, making theatre for young audiences and more.. 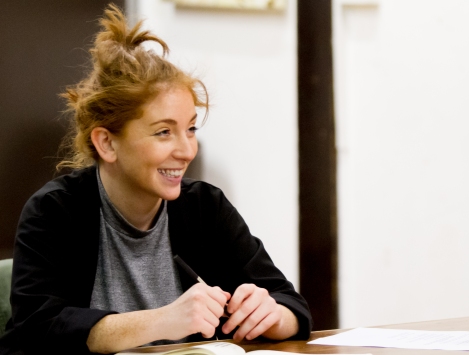 What can audiences expect from The Scarecrows’ Wedding?

The show was once described as a ‘mini folk musical for families’ and I think that’s pretty accurate. It’s full of fun, character, and silliness, and celebrates the epic love story of two very charming scarecrows, Harry and Betty!

The Scarecrows’ Wedding originally played at the Edinburgh Fringe, followed by a UK tour, in 2015, was on in the West End last year, and is back on tour again in 2017.Why do you think the show is enduringly popular with audiences?

I think everybody (even secretly) enjoys a good love story. The popularity of the book is testament to the genius of Julia Donaldson and Axel Scheffler and their ability to create loveable characters that audiences can really get behind. We’ve had a lot of fun bringing these characters to the stage and I think that comes across in the production – it’s one big celebration.

How do you successfully translate a popular picturebook to the stage?

When adapting a picturebook for the stage, especially one that is much-loved by children, there’s of course a pressure to really do it justice. I believe that there will be elements of the book – certain images – that a child will want to see on stage, and they will find pleasure in their recognition of them. These images are my starting point. It’s then about building on these images in an imaginative way, sometimes re-inventing them but always, at all times, staying true to the story. For me, it’s really important that we create non-patronising, playful pieces of theatre, which encourage children to use their imaginations. 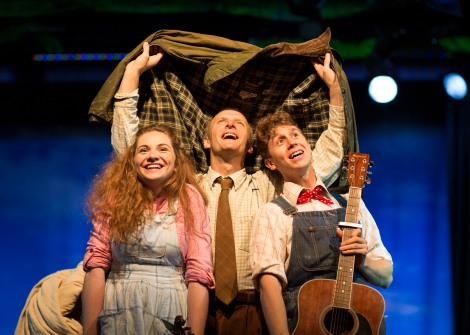 What is the process for sending a show out on tour again? What is your involvement as a director?

Prior to the show going out on tour, I will be rehearsing in a brand new set of actors, who will inevitably bring their own personalities to the show and make it their own. Rehearsals for remounted productions always give the company an opportunity to discover new things and keep the show fresh.

What led you to become a director, and to your focus on theatre for young audiences?

I originally trained as an actor at East 15 but it wasn’t long before I took up directing. As an actor I was always more pre-occupied with the kind of ‘pictures’ we were making and the overall vision of the piece. I began Assistant and Associate Directing as much as I could – I wanted to learn from directors I admired and respected. During the first couple of years I learnt that half of the job is about managing the ‘temperature’ of the room and making sure that a company feels as comfortable as possible, so that they can be more open and playful.  I then went on to train on the National Theatre Studio Director’s Course, which was a great honour and turning point in my career as a young director.

I love making work for children and young people – their honesty and responsiveness is fantastic. They certainly let you know how they feel about the show whether it be positive or negative – you know where you stand!  I believe that children’s theatre should be approached in exactly same way as you would any piece of theatre – it starts with truth. 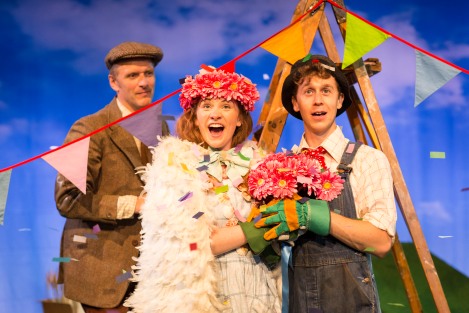 Do you have any tips for theatre makers wanting to create work for children?

A period of research and development phase can be really valuable. It gives you the space to play without restriction and make vital discoveries that gives you a real head start prior to rehearsals.

What was your experience of theatre growing up?

I remember seeing a lot of theatre and cinema with my Grandma as a child. She used to take my older brother and I on days out and I look back on those days really fondly. My late uncle Richard Sampson was also a dancer and choreographer who worked on many musicals in the West End in the ’80s. Richard is a massive inspiration to me and I inherited a huge vinyl collection from him, which I really cherish.

I am currently working as the Assistant Director on I Capture The Castle – a new British musical based on the novel by Dodie Smith. The production will open at Watford Palace Theatre on 31 March 2017.

The Scarecrows’ Wedding is touring nationally from April 2017. Click here for more information and tour dates.