It was on the main stage at Sadler’s Wells in 2011 that celebrated choreographer Akram Khan’s award-winning autobiographical solo show DESH – meaning ‘homeland’ in Bengali – premiered. Four years later, Theatre-Rites’ Sue Buckmaster adapted DESH for young audiences, creating Chotto Desh, or ‘small homeland’. After touring for three years, this re-working for children aged 7+ and their families returned to where it all began: the final performances a poignant homecoming for a show that begins with the character of Akram (a role shared by Dennis Alamanos and Nicolas Ricchini) lamenting to a helpline that he doesn’t know where he’s supposed to be.

The calendar on Akram’s phone is broken and he’s lost without it. Calling tech support for help, the voice of a 12-year-old Bangladeshi boy offering troubleshooting tips stirs up memories of his own childhood – the son of a Bangladeshi father and Filipino mother, born and raised in London. Recalling the difficult relationship with his father and his desire to become a dancer, Akram’s story of identity and resilience draws on different cultures and mediums: narration, shadow puppetry, soundscapes, projected animation, fable, contemporary dance, Indian Kathak, mime, and a few Michael Jackson moves. 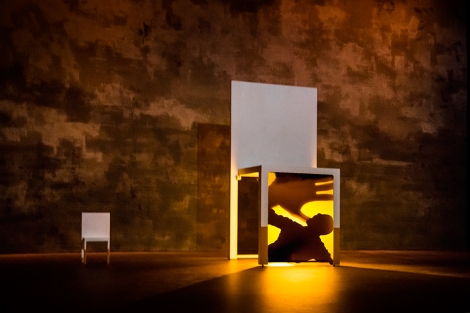 Chotto Desh takes us to the busy Bangladesh streets Akram visited during school holidays, the dancer’s energetic movement singlehandedly peopling the stage with bicyclists, beggars, traffic conductors and pedestrians. He draws a face on top of his shaved head, which he keeps bent forward, stroking and cradling his forehead like a chin, an inventive and funny introduction to Akram’s overbearing father. But, in a show that seems to get more and more beautiful as time goes by, the visual highlight is the giant animations that bring the fable of The Honey Hunter to life. The dancer cleverly interacts with the projections so that he seems to sail across oceans, snatch fish from the jaws of a crocodile, and climb through the forest in a fateful search forbidden by the gods. 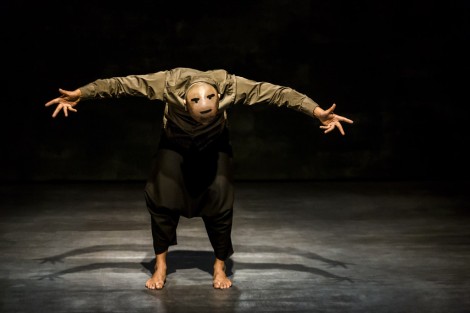 It’s this patchwork approach to storytelling – resembling the way our own sense of self is built from bits of memory, colours, stories and sounds collected over the years – that offers a passport into Khan’s internal world and emotional experience. I don’t think conventional theatre could take audiences on quite such a journey.